These works are part of my Secrecy series.  All are based on text; in some cases the text is handwritten words, whereas in others it is an alternate written system of meaning, such as numbers or musical notation.  In each work, I start with a text that has intense personal meaning to me, then I paint over the text in ways that obscure the meaning while enhancing its aesthetic appearance.  This “covering” part of the process takes some time, and while I am doing it, I meditate on the meaning of what I’m covering.  I set the text portion into a frame of texture.  In the center, I add on a drawing that acts as a sort of emblem for what is beneath the layers.

I am inspired by the idea that secrets are not often truly secret.  Everyone knows something about the people in their circles, and everyone has theories.  There isn’t just one truth, and there aren’t only two sides to a story.  In the Secrecy series, I’ve set out some topics that are so private and sensitive that it would be stupid to reveal them directly.  But since I know you’ll have interpretations, I’ll give out some clues.  Number Cone uses a list of numbers that my musician father used to track his medications.  Teddy Bear concerns a difficult relationship with a friend.  Op. 18 No. 4 is about the first movement of a Beethoven string quartet that is beyond passionate.


All are mixed media:  text (or numbers, or musical notation), paper, drawing, acrylic, etc.  On panel. 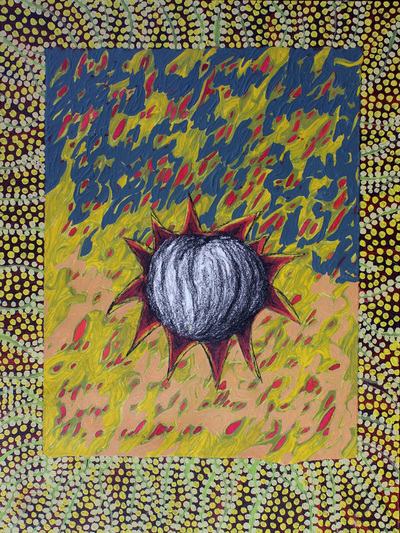 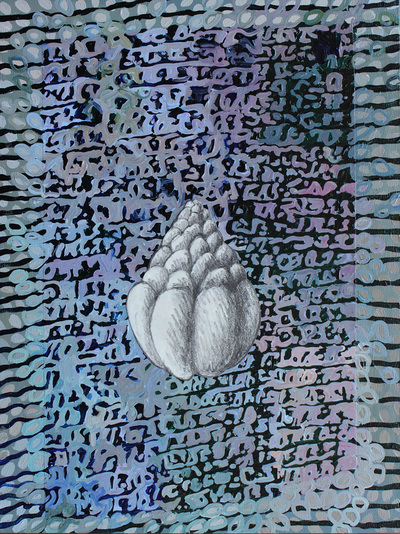 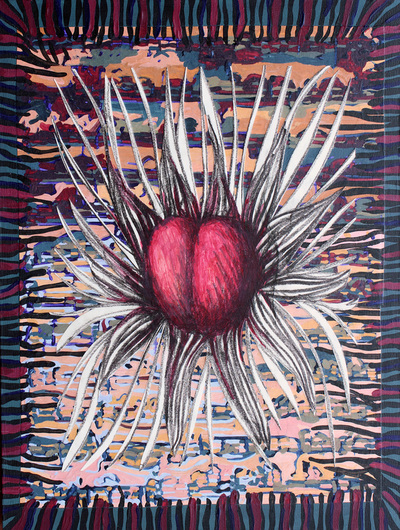 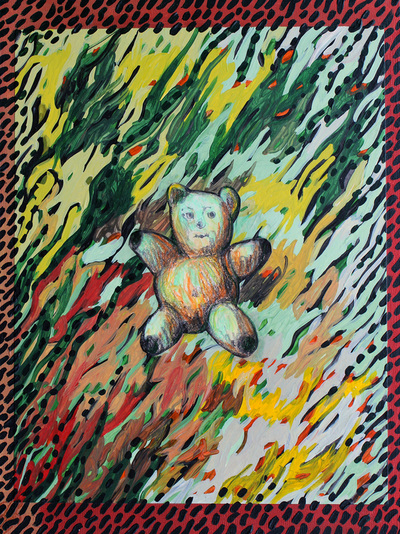 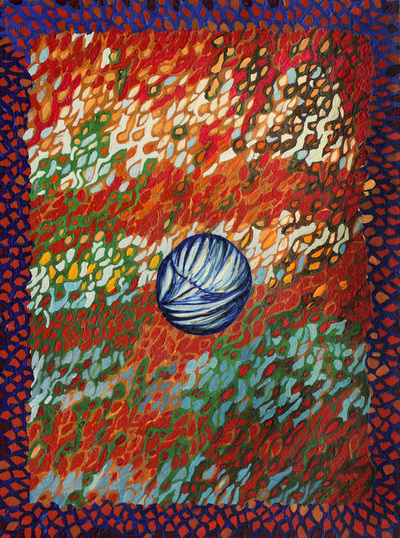 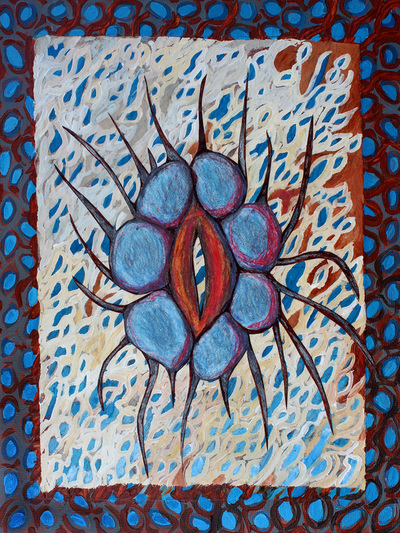 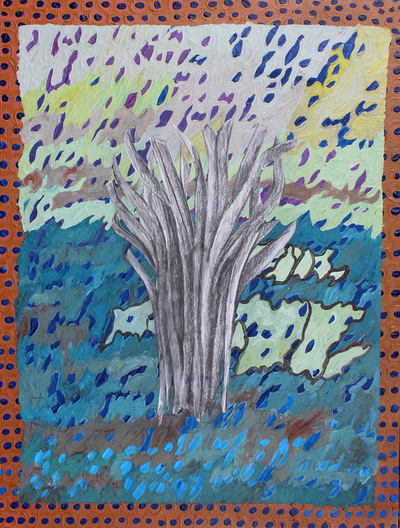 The Personal Icons are small: 8 by 6 inches overall.  In each one, I drew a face in underglaze pencil on a handmade porcelain tile, glazed it with colored and clear glazes, and fired the tile in a kiln.  I then mounted the tile on a wood support; the support is collaged with fabric and painted.  Drawing on paper is hard enough, but getting the drawing on clay to come out through the firing process is delicate work.

Each portrait is drawn from a famous sculpture.  You might recognize some of them: Bernini, ancient Greek and Roman goddess or funerary figures, Mary Magdalen, the Madonna.  Most of these historic sculptures were meant to be highly symbolic works.  I amused myself with wondering what the real woman in question might have been like - as an individual rather than a symbol. 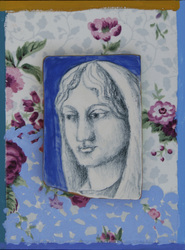 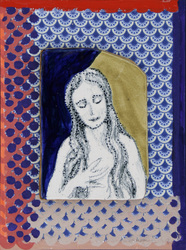 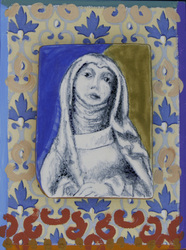 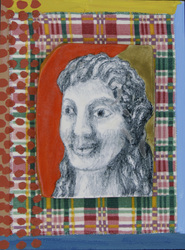 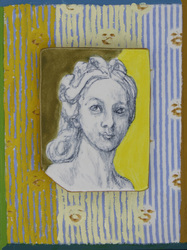 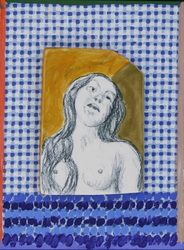 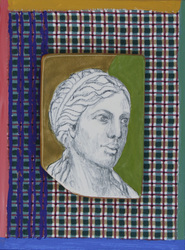 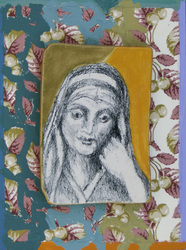 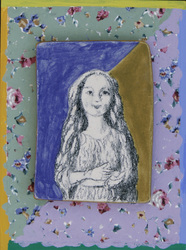 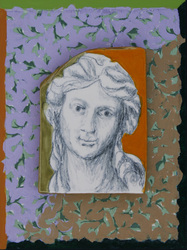 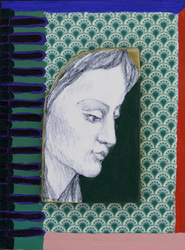